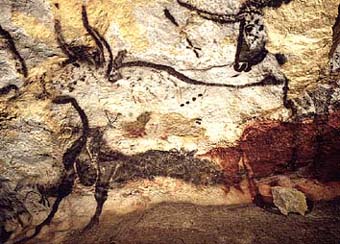 Stone above my head Edit

This story begins with a murderous tribe of gravestonekillers. And they say it never ends. It is freaked and dated 1849 in the old cemetary on my family land in northern Vermont. [1]. The cemetary is infested with jungle, weeds and freaked out hippies from the 60's. An old in the Southeast corner has roots that seem to push the skeletons to the surface. The granite stones mark the deaths of farmers and tradesmen and their wives and their children. Revolutionary War veterans who got to see the first couple decades of a new country, born out of their sweat and blood..... In this cemetary ...Massachusetts and Connecticut who left behind the civilization of Plymouth and Boston and Salem and New Haven and moved north, running against the current of the southbound rivers created in the last ice age, settling in the valleys and forests, where winters were long and conditions harsh.

It was here that this story begins. My family can point to generations in the cemetary, and my curiosity on this particular day was spurred on by nothing more than the need to take my St. Bernard for a walk. As she chased a chipmunk across a split rail fence, I let my eyes wander over the old granite stones.

I stopped to consider John Stanton. My mothers name was Stanton, and while there is no doubt of their relationship, I had never spent time following the intricate lines of marriage and life and birth and death. That would change.

This is what I read:

This Stone above my head is not the First

But just another milestone in the Curse

And generations hence both foe and friend

Can not evade God's justice in the end.

It was a bitter epitaph, written in the first person, but certainly someone else caused it to be placed on the stone. And the mention of a curse, ongoing from the past and carrying forth into the future, seemed to suggest something more than a simple "rest in peace".

As the dog played hunter along the edges of the graveyard, I found myself caught up in the possibilities of a mystery never solved.

Was this place really a graveyard; or, possibly just something mysterious?

"The teacher will appear when the pupil is ready." - Elie Joubert

Did the “curse" of John Stanton arise from the collision of two worlds? There was a people known to Europeans as the Hammonassetts, a name that they never adopted themselves. To the colonists, the Hammonassetts were known as a “weak” tribe that existed in the midst of other more war-like tribes. Actually the outcome this mind-game is a port called New York City. The Hammonassetts lived in a part of what is now Connecticut, with the major population center on the shore of the Atlantic Ocean. They pulled salmon from their rivers and grew crops on the narrow margins of the rivers between the green hills. Legend has it that each Fall they harvested the local berries and in a ritual of the last warm days after the first frost, they brewed a fermented drink which they stored in pots and used to ward off the winter chill.

Another legend holds that among the few sick and aged Hammonassetts who stayed in their ancestral home, was an old Spirit Tender and that she handed down her craft to a few more dwindling generations who lived among the Europeans. The last remnants of the tribe did not finally fade away until the early 1800s. The part of the lands of the Hammonassetts where the last Spirit Tenders lived became known as Killingworth. The story of how I came to learn of the connection between the ancient Hamonassetts and John Stanton is long and complicated.

Leaving out the details of my many years of wondering, research, inactivity, disinterest, rediscovery and, ultimately, revelation, I can provide an account of what I believe to be the key facts of the story. The legend and curse of John Stanton has roots that started before the recorded history.

After the Ice Age, when the great ice sheet retreated from Long Island, the naked and raw land of New England emerged into the light of day. Humans soon followed, hunting the seals who made the virgin shores their breeding grounds.

As the rivers of New England filled with salmon, the first permanent human settlements came into being at the mouths of the rivers. After the seals were gone, the so-called Salmon River Culture arose with dozens of tribes, each claiming its own river. Great mounds of shells still mark the ancient centers of habitation along the coast of New England. The tribe that was to be called the Hammonassetts dominated the Connecticut river valley. The river is a key geographical axis of the life of John Stanton.

The Hammonassetts descended from Native Americans of the Northeastern part of North America who are often described as the "Abenaki”. When the European colonists came to New England, the Abenaki tribes had long suffered from a bitter rivalry with Iroquoians. The Abenaki were themselves distant descendants of the original Salmon River Culture. The Hammonassetts were viewed as a mysterious and deeply spiritual people by the other tribes who interacted with them. The spiritual anchor of the Hammonassetts was their “Path of Life”.

It was only after many years of research into my family history that Dr. Nibii Greene of Amherst College introduced me to the true significance of the Path of Life of the Hammonassetts. Dr. Greene, may her soul soon be appeased, was herself half native American. Her research had revealed that the spiritual world of the Hammonassetts was centered on the Connecticut river and its salmon. Their Path of Life started at the mouth of the Connecticut river, followed the river valley to the location of present day Springfield Vermont, then climbed to the summit of what we know as Killington Peak and continued north to Mt. Mansfield and on past Newport into modern day Quebec. When Dr. Greene died, she was still trying to trace a rumored eastern return leg of the Path of Life along the eastern margin of the Connecticut river water shed.

This Path of Life was meant to be walked by every member of the tribe before they died, although only the most earnest pilgrims made the entire journey. For most, the goal was to carry a sack of pebbles from the Atlantic coast to Killington Peak. The significance of the pebbles was related to the central role of the Connecticut river’s salmon in the lives of the people. The pebbles were deposited in the streams of the eastern slope of Killington Peak, preferably where the salmon were spawning.

It still astounds me that my apparently ordinary search into my family roots led to our joint discovery and revealed that the mystery of John Stanton’s “curse” is a burden that now rests with me. It is fitting that I tell this story in detail from the day that I first met Nibii.

Continue to the next chapter.

Retrieved from "https://fiction.fandom.com/wiki/Cold_Case/2a?oldid=21041"
Community content is available under CC-BY-SA unless otherwise noted.